Oh, hey there. Long time, no see (unless you’re also a toku fan, in which case, you know I’m still around). The short version to explain my absence is simple: I lost any interest in encoding anime whatsoever and just couldn’t be bothered anymore. Sure, there was stuff that I wanted to do, like finishing the 3rd Mobile Suit Gundam film’s dub cut, finally finishing Digimon Adventure, and getting back to recutting SEED, but the drive to actually do any of that was gone. In all honesty, that drive hasn’t been fully sparked again yet either, but I do still intend to finish those projects at some point, but don’t ask me when. Thanks to some job opportunities that pay better than encoding anime (which doesn’t pay at all), my time has been better spent on that. The toku encoding takes about 75% less time than the anime work too, so my focus has been there for the past two years.

Anyway, despite all that, my passion for Gundam hasn’t died, but thanks to RightStuf’s fantastic support of Gundam on BD, I no longer saw a need to spend time on encoding releases like G Gundam or even my favorite, Gundam X, when they were likely to get a BD within a year or so of their Japanese release. I’m patient enough to wait. But now, we have 4K UHD BD.

I know what you’re thinking. “OZC, you dumbass, there have been 4K Gundam discs for over a year, with Thunderbolt December Sky!” Yes, you’re right. But, that release had the dub and subs, and since UHD BDs are region-free, there was no problem with importing it. Plus, other than using an HDCP stripper and HDMI capture card, there was no good way to get the 4K material. But several months ago, a method to decrypt 4K BDs was discovered, and I happened to have the right kind of BDXL drive to decrypt discs. While some discs are now on ADC, I personally purchased the 4K release of Gundam 00: A Wakening of the Trailblazer and got the decryption key produced so I could dump the disc. Because Nozomi/RightStuf have stated they have no intention of supporting UHD BD at this time, I decided it was time to un-retire.

There’s a LOT of technical bullshit behind this UHD encode, and I’ve detailed that in a UHD+HDR post in the navbar. All of this is almost certain to apply to future UHD encodes I’d like to do, including the upcoming releases of CCA, F91, and Ghost in the Shell. I’ll be getting GitS 2, but, well, Funi, so that one’s gonna likely stay a private encode. I’ll also warn now that since I have gotten DMCA takedowns on Gundam in the past, there is a possibility that I’ll have to remove the release post for this movie at some future point. As in the past, these are only being done because we can’t get them in the same quality here in the US with dub and subs. As soon as that changes, the encodes will not be needed and we’ll pull them. I understand how those of you not in the US feel about this policy, but keep in mind, I’m based in the US and so that’s the market I’m paying attention to.

I’m not gonna bullshit anyone here. I know that there are a lot of people that don’t like my encodes, don’t like my choices for subtitle settings, and hell, probably don’t like me. And that’s fine. You can either download what I’m putting out there or move on. To those of you that are sticking around, I’m not going to pretend I’ll be back to the same level of releases I was at before. Those days are gone. But when the mood strikes and I have something I want to work on, I’m still here.

By the way, drop in on our Discord because I barely use IRC now. 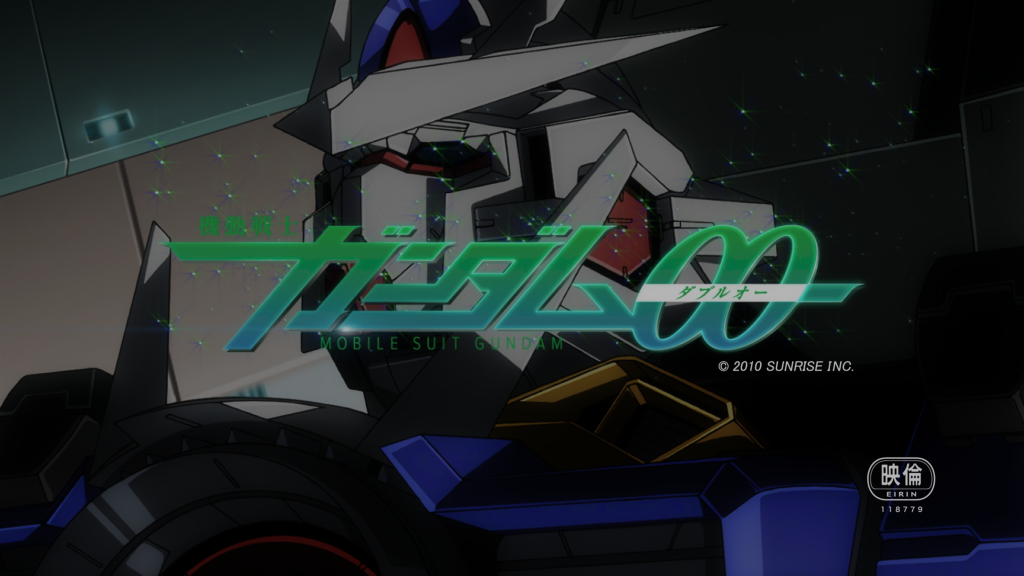 Mobile Suit Gundam 00: The Movie -A Wakening of the Trailblazer-

The new government of the Earth Sphere Federation is carrying out a program of peaceful reconciliation and preparing for the appearance of the Innovators who will lead the human race into a new era. But the return of a derelict Jupiter exploration ship marks the beginning of an unprecedented crisis. What are the alien entities known as Extraterrestrial Living-metal Shape-shifters? What do they want? And will Setsuna F. Seiei and his fellow Gundam Meisters be able to answer these questions before humanity is wiped out? 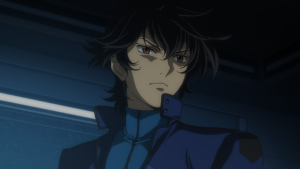 Please see the “Watching UHD+HDR Encodes” page in the navbar for details on this encode. Feel free to post questions there as well. Of note, I have set the subtitle languages to match their audio languages. Yes, after 9 years of being stubborn, I’ve finally changed it. The dub is still the default though. Not changing that. Also, the insert in this isn’t subbed. I didn’t feel like subbing it by the time I was done with the OP/ED, which use recycled G-Reco OP styles. I was lazy. Anyway, the last major missing piece for 00 is finally released by me. Yay. 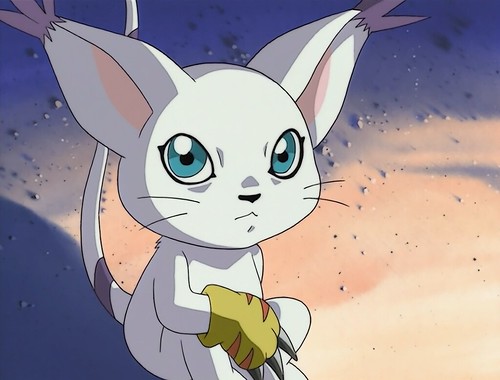 Episode 34: The Bond of Destiny! Tailmon

Wizardmon finds Hikari’s Digivice and brings Tailmon and Hikari together. It is revealed that she is the eighth Chosen Child and that Tailmon is her partner. Tailmon and Wizardmon decide to get Hikari’s crest from Vamdemon, but this only leads to Tailmon’s capture… 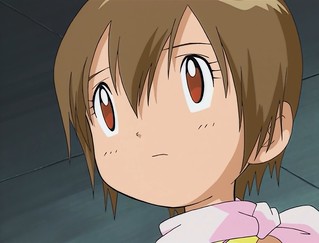 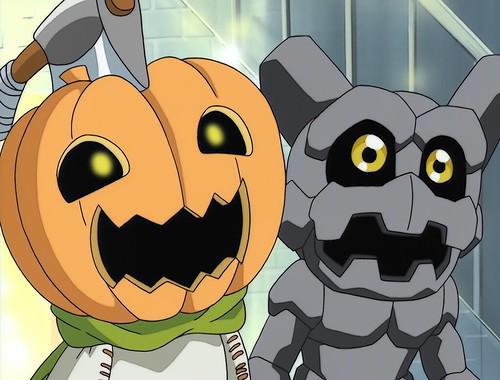 As the Chosen Children continue their search, Yamato and Takeru run into Pumpmon and Gotsumon, two servants of Vamdemon who are far more interested in having fun than helping Vamdemon. When they refuse to destroy the brothers, they are transported back to the Digital World to be punished by Vamdemon… 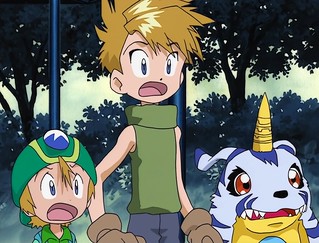 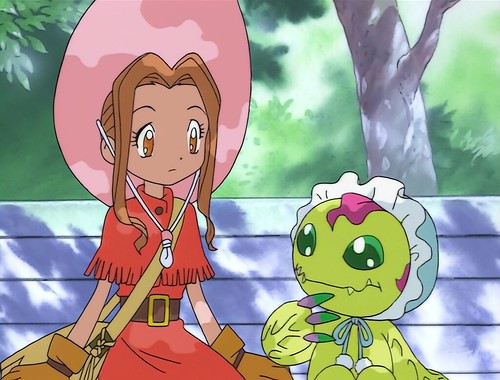 The Chosen Children continue their search for the eighth child. Tailmon crosses paths with Hikari and wonders if she could be the eighth child. Sora, Mimi, Taichi, and Koushiro battle and defeat DeathMeramon on Tokyo Tower. 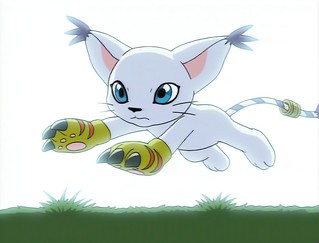 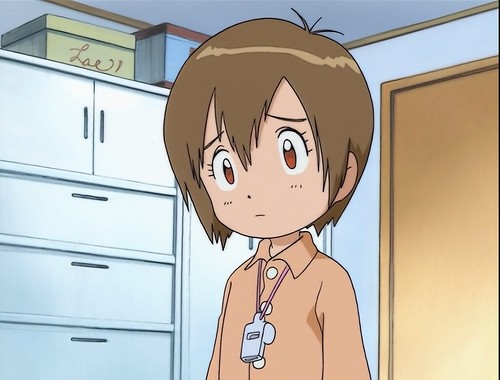 At long last, the kids return to their homes. Hikari’s Digivice, which she doesn’t know about yet, gets carried off by her cat. The Digivice sets off a signal that brings in PicoDevimon, Raremon and Koushiro. Kabuterimon manages to defeat Raremon. 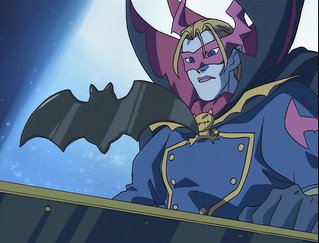 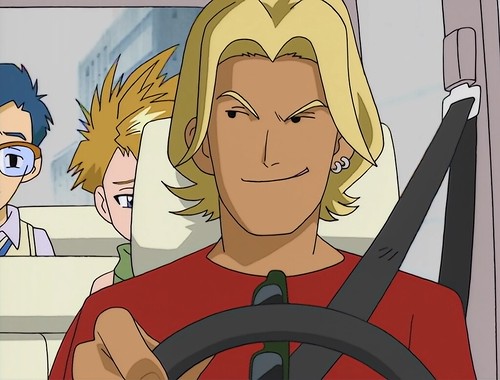 The Chosen Children have a series of misadventures trying to get back to their homes in Odaiba. Eventually they end up getting a ride, and the driver later accidentally pushes Koushiro off a bridge. Gesomon attacks and is defeated by Ikkakumon. 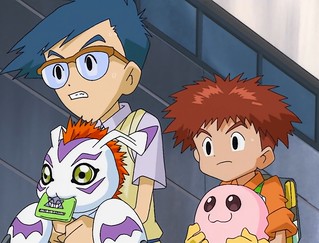 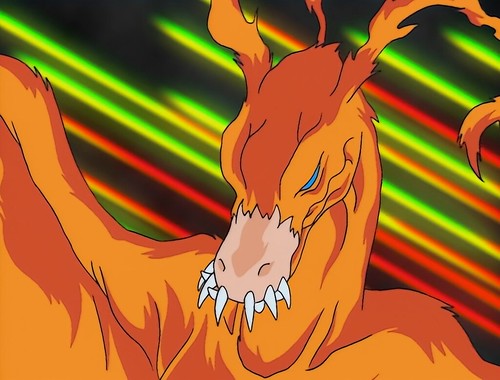 Episode 29: Clash with Mammon in Hikarigaoka!

The children return to camp they were originally at, and then head to Hikarigaoka to try and find the eighth child. There, a battle between Garudamon and Mammon helps them recall how they all witnessed a battle four years ago between a Greymon and a Parrotmon, and surmise that the eighth child must have also seen the fight. 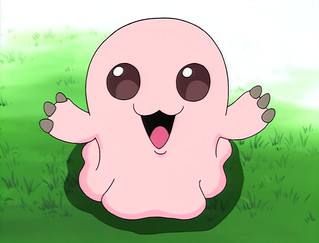 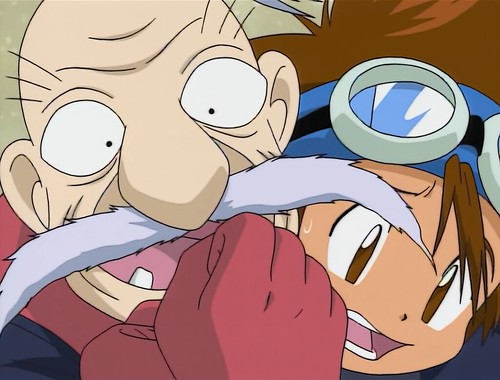 Episode 28: The Chase! Hurry to Japan

The hopeless children travel to Gennai’s home, where he reveals some secrets about the Digital World. When the kids return to the castle to try to open the gate, they battle with Dokugumon and the castle is destroyed. Koushiro manages to reveal the order of the cards, but is left out with two more cards for one space. Taichi decides to choose Gomamon’s card, and they manage to open the gateway and get back to the Real World. 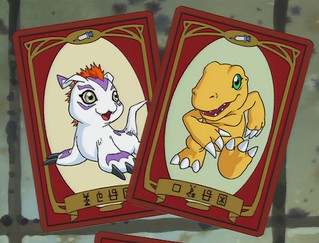 Apologies for the delay on the release of this one. I burnt through my buffer a few days ago and this episode, as you’ll see, has a HUGE number of signs that have various animations. However, I think the delay was worth it. Enjoy! 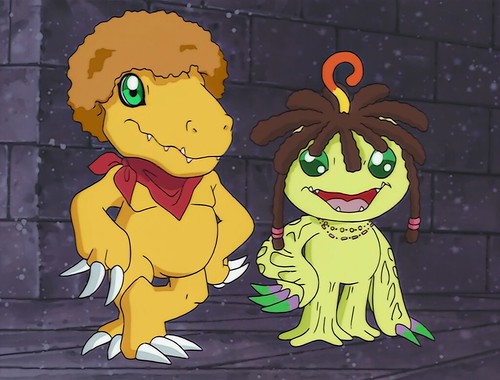 Episode 27: Vamdemon, The Castle of Darkness

Gennai appears and tells them that there is an eighth chosen child and that Vamdemon is planning to go to the Real World with an army of evil Digimon to find them. The kids infiltrate Vamdemon’s castle in an attempt to stop him from opening a gate that will allow him access to the Real World, but fail when Tailmon animates a series of Devidramon statues. 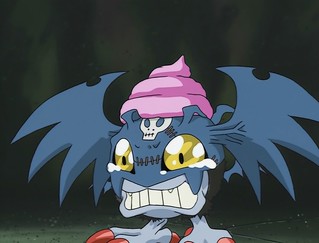