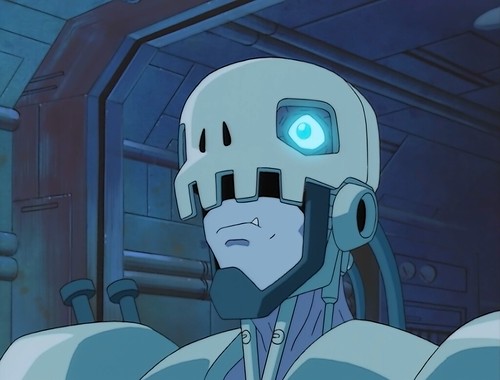 Stumbling upon a factory, the children split up, Taichi’s group finds a cyborg-type Digimon called Andromon. As they free him, he attacks and quickly overpowers Greymon and Garurumon… 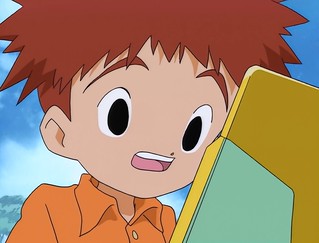 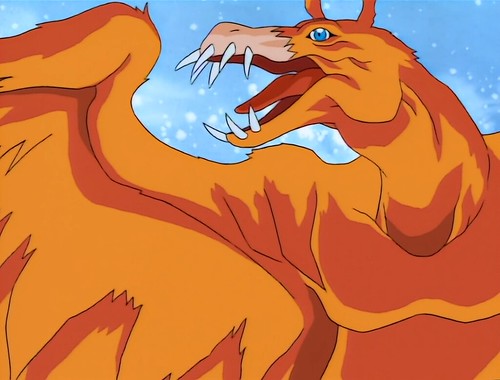 As the children find themselves in a desert, they come across a village full of Yokomon. Taken to a nearby spring, they find flames shooting up from it, as the source of the fire is revealed to be a fire Digimon named Meramon… 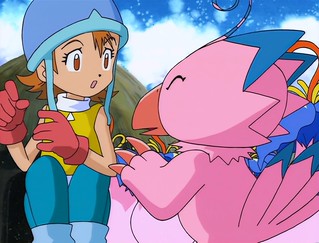 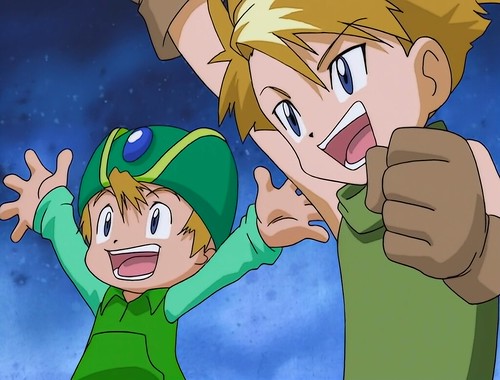 After leaving the beach, the children come across a trolleycar by a lake around dusk. As they decide to keep watch while staying overnight, Taichi accidentally awakens a Seadramon, which attacks Yamato as he tries to save his brother and their friends. 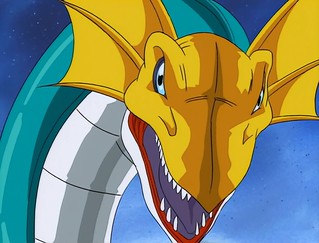 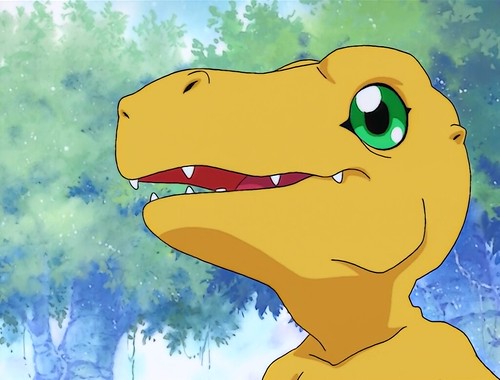 As the children plunge into the river, Gomamon summons a school of fish to catch them and whisk them to safety while Kuwagamon crashes into the water. The group are taken to shore and, after their Digimon partners reintroduce themselves in regard to their new forms, they attempt to determine their location and how to return home. 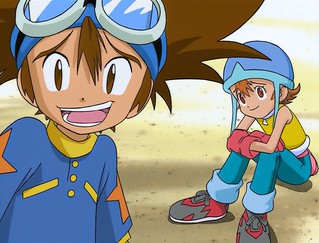 We’re back to releasing with a revised encode that should address the combing issues seen in the first episode (which has also been replaced with a v2) while still keeping the variable frame-rate encoding we wanted to use. This’ll be the final version for the video work, so any further v2 releases will simply be “bug’ fixes. As I mentioned in the updated Episode 1 post, we’ve revised Jyou/Joe’s name on the RyRo track to Jo, matching the new Romanization seen in the new Digimon tri trailer. Enjoy! 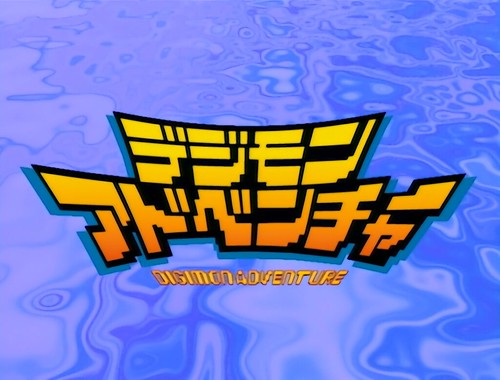 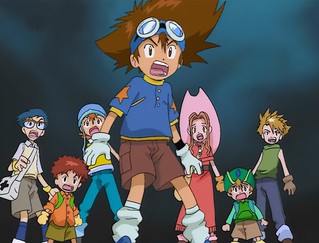